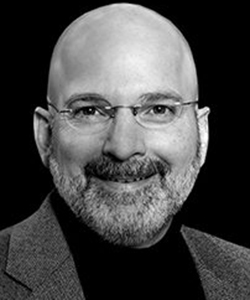 Dr Mickel is a board certified plastic surgeon. A third generation Monroyan, he was born at St. Francis Hospital, raised in the Garden District, and graduated from Neville High School. Dr Mickel attended Vanderbilt University, where he graduated cum laude with a B.A. in Psychology. He received his medical degree from LSU School of Medicine in New Orleans and was a member of the Alpha Omega Alpha medical honor society. Dr Mickel completed a full five-year general surgery residency program at Parkland Hospital in Dallas, one of the most intellectually rigorous and physically demanding surgery programs in the country, and earned board certification in general surgery in 1988. He went on to complete his plastic surgery training at Parkland/UT Southwestern Medical Center in 1990 and is certified by the American Board of Plastic Surgery. As a plastic surgery resident, Dr. Mickel’s research on frontal sinus fractures won national acclaim, including the prestigious Snyder Award, given to the plastic surgery resident who presents the best paper at the annual meeting of the Plastic Surgery Research Council.

Dr. Mickel returned to his hometown in 1990 to begin a practice in plastic and reconstructive surgery. Having received training in Dallas from some of the recognized masters in the field – Drs. Barton, Byrd, Rohrich, Tebbetts, Gunter, Hamra and Burns – his practice was initially broad and encompassed all areas of plastic surgery. Over the decades, he has focused on cosmetic surgery, breast cancer reconstruction, and repair of cleft lip and palate. Dr Mickel is a member of the American Society of Plastic Surgeons, the Southeastern Society of Plastic Surgeons, and the American Cleft Palate Association and is a Fellow of the American College of Surgeons. He has published several scientific articles and has presented at national meetings.

Dr. Mickel married his wife Stephanie, a fellow Vanderbilt grad, in 1982. They have five children, and both he and his wife are active in community affairs.